After 31 years living in this small Worcestershire town, I was amazed the other evening at some of the things I’ve walked past on many an occasion and not known about or noticed.

The local history society advertised a talk & walk down Friar Street and the High Street, then back round via Tower Hill, looking in particular at the history of the mediaeval timber-framed buildings, some of which have since been revamped and disguised, of course, or present a sober facade to the main road and reveal surprises when you go along the backs of the buildings… 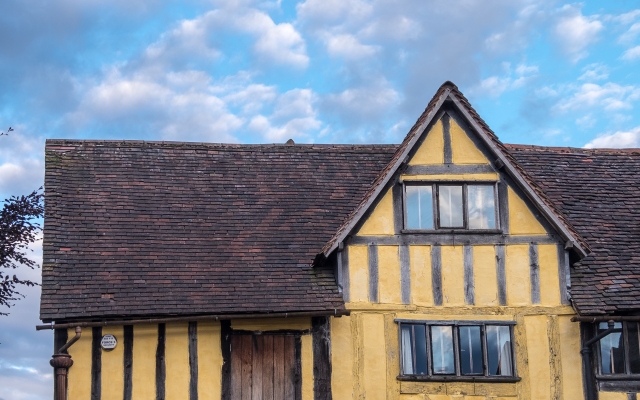 The walk was led by Rob, an archaeologist from the Worcestershire council service and he spoke knowledgeably about the context in which Droitwich developed.

Rob and his box of ‘goodies’

Husband and I decided this would be a nice thing to do, particularly as we knew there had been some recent discoveries thanks to dendrochronology, dating the wood in the timber-framed houses. This has led to setting the building date of one shop in particular quite a lot earlier than previously thought.

I’ve often complained that towns and cities have become homogenised with the corporate shop frontages and chain stores, and that you only see the character of a town when you look up as you walk around, but even then I’ve missed things in my own home patch, it seems.

There were lots of little details to look at in the woodwork,…

…and stonework, from gargoyles & grotesques and recycled church windows in/on the pub and other assorted additions like this plaque… 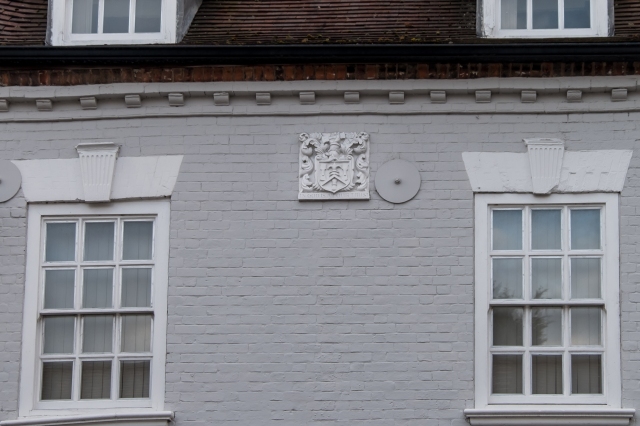 In God is All Our Trust

…in the fancy brickwork of the chimney of Priory House and many other little gems.

Rob had also brought along a selection of local pottery finds, both Roman and later. I’d not come across the Oxfordshire white-ware before, to my knowledge, and rather liked the mortarium or grinding bowl with the bits of gravelly stone set into the pot to help with the process.

The detail that really made me smile, however, was the early mediaeval IKEA discovery – actually in plain view all these years but I’d not picked it up before. Four of the beams in the side of a building on the High Street  and the main beam below bear carpenter’s marks, the Roman numerals I-IV, to show which go where – presumably early flat pack!

I know the Romans ‘flat-packed’  their forts in much the same way, but just hadn’t clocked this example, despite having walked up and down that High Street on innumerable occasions! One spot that I have always enjoyed particularly underlines the chequered history of the mediaeval buildings; this the little courtyard in the modern precinct, which shows how these buildings were adapted over time – right down to the addition of all the ugly modern trappings! 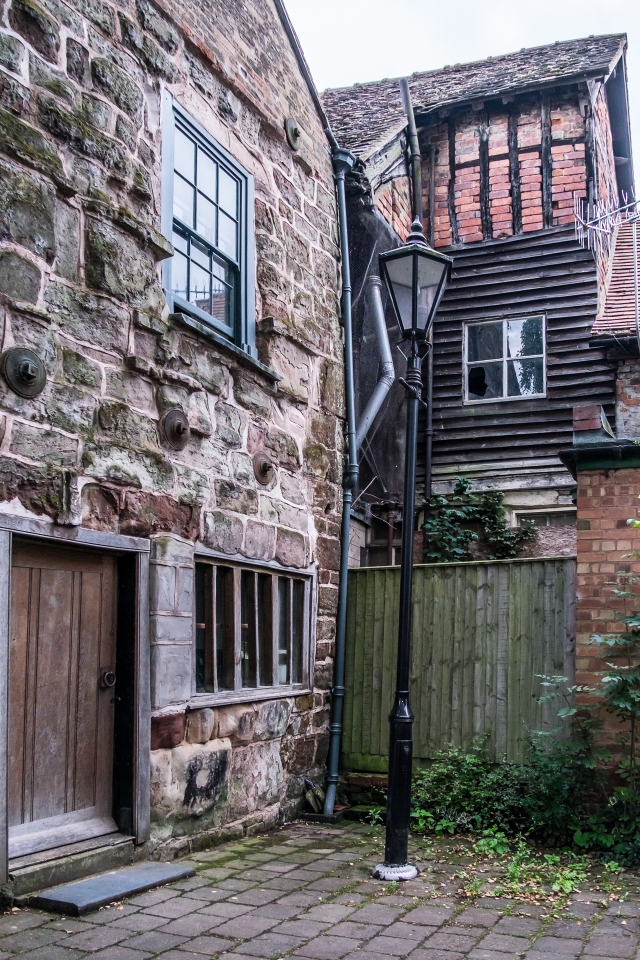 Don’t forget, then, as you go about your daily business, just look up and see what you’re missing – and who might be watching you…